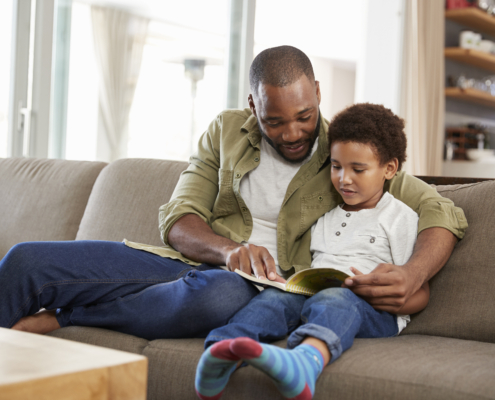 This is largely due to the fact that mothers are now spending almost equal time at work as their male counterparts. But what exactly does this mean for modern-day dads? How do they balance parenting and careers? What are their thoughts about gender roles?

While they’re spending more time with their children, many dads feel they’re not doing enough. Most dads (63%) said in a 2017 survey that they spend too little time with their kids, compared with 35% of mothers who said the same. Among both dads and moms who said they spend too little time with their kids, work obligations were cited most often as the main reason. Dads are also less positive about their own parenting abilities than are moms. Just 39% of fathers said in 2015 that they were doing a “very good job” raising their children, compared with 51% of mothers.

Dads are just as likely as moms to say that parenting is extremely important to their identity. Some 57% of fathers said this in a 2015 survey by the Center, compared with 58% of mothers. Like moms, many dads also seem to appreciate the benefits of parenthood: 54% reported that parenting is rewarding all of the time, as did 52% of moms. Meanwhile, 46% of fathers and 41% of mothers said they find parenting enjoyable all of the time.

To help you navigate this new world of fatherhood, we've listed a few tips that'll have you feeling confident about your role as dad!

Yes, fatherhood has changed significantly in the last 50 years. Nowadays, fathers are more involved in their children's lives and can often be found at home caring for the kids and working as hard as moms do outside of the house. These changes have a significant impact on how we raise our children, including differences in what we teach them about gender roles and expectations for their future careers. These trends point to a win-win for Moms and Dads, but the biggest winners are our kids!